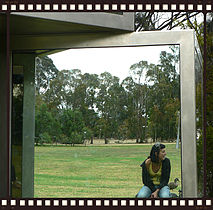 “Born in Rome and raised in Marino, a small town in the hills of Castelli Romani, I have been fond of languages and literatures ever since I was a child. My ‘nonno’ used to tell me stories in his broken English learnt in Africa and I always loved the sound of those magic and mysterious words. Moreover, my ‘nonna’ used to share her memories of a blurring American dream which vanished too early for her. I guess, it was there and then that I became so fascinated by tracing the routes of different languages and cultures”.

As a teenager, M Vittoria completed her secondary studies at the Liceo Classico “Ugo Foscolo” in Albano Laziale, where she studied Italian, English, Latin, Ancient Greek and udertook translations. Every year during the summer, she used to spend one month in the UK in order to study and practise English.

During her academic studies at Università La Sapienza di Roma, she attended a semester at Roskilde University, in Denmark, where she participated in a literary project group and wrote a final thesis called ‘Reversing the iceberg’ based on Ernest Hemingway’s short stories. She began working as an English teacher in Rome during her final year of University. In 2005 she graduated from La Sapienza in Modern Languages, with her dissertation being on Black South African Women during the apartheid regime, supervised by Professor Maria Antonietta Saracino.

In 2006 she moved to Valencia, in Spain where she taught at the Berlitz language centre and collaborated with the Universidad Politecnica of Valencia as a translator for the Department of Fine Arts.

In November 2007 she left Spain for Australia. While in Melbourne, she worked in a number of language centres as a language Instructor, among many the Center for Adult Education and The Italian Institute of Culture. She collaborated scientifically and professionally in the research task of updating the 2009 Register for the Contemporary European Studies Association of Australia (CESAA).

She was awarded a scholarship from La Sapienza and the MRG grant from Monash University to undertake a research Master in Translation Studies. She completed the research Master in 2011 writing a dissertation on Transnational Literature, supervised by Professor Rita Wilson.

During her Master she also had the opportunity to organise several international conferences and seminars related to the topic of her thesis. Some of these events were organised in collaboration with the Italian Institute of Melbourne where she used to work as a Language Instructor and a Cultural Promoter. She coordinated and participated in two editions of ‘the week of the Italian Language in the world’ including two seminars ‘Italiani in movimento’ and ‘Scontro di civiltà’.

She is passionate about theatre and art and she is continuously experimenting with new ways of learning a language, especially through acting. Recently, her main focus has been the Theatre of the Oppressed and the Process Drama. She currently resides in Rome where she teaches, translates and works as a cultural mediator.